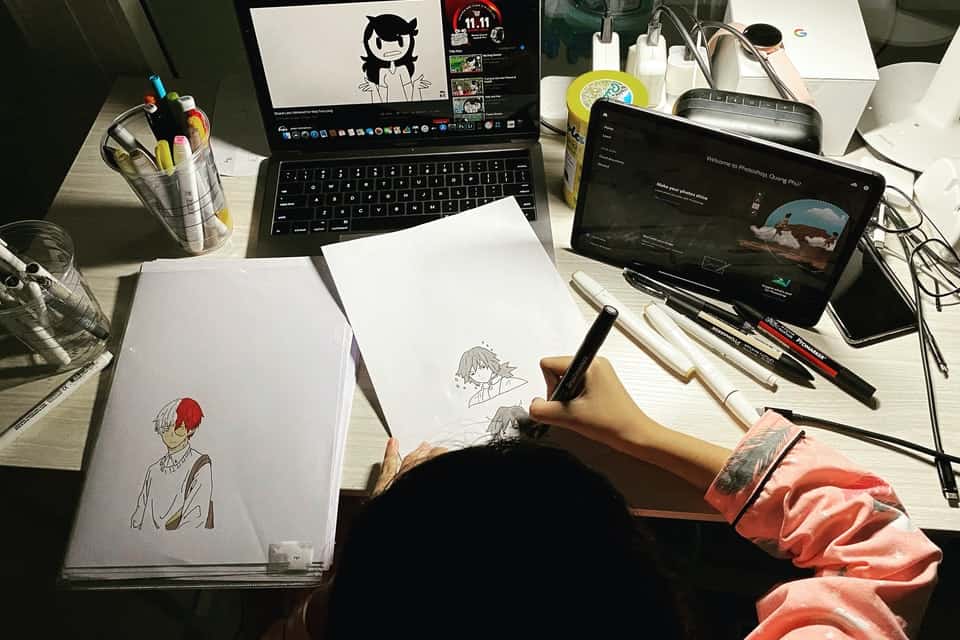 If you’re an avid Wacom user, then you’re probably well aware of the sheer number of pens the company sells for their numerous tablets. The tricky thing about these pens is knowing which tablets they’re compatible with when the time comes to upgrade or buy a replacement. A common question Wacom users have, in this regard, is whether their pens are backwards compatible, meaning if a new pen model will work on an old tablet.

Wacom pens aren’t backwards compatible. This is a common result of devices upgrading and featuring new and improved designs. It’s standard for most Wacom pens to be forward compatible, meaning they will work on newer tablet models, but they won’t operate on those older than their intended generation.

In this article, we will provide an in-depth guide of Wacom pen compatible. As you read, you’ll learn which models will work for which tablets, both regarding their model and type. This will allow you to purchase the right Wacom pens for whichever tablet you have or intend to purchase

Are All Wacom Pens Cross Compatible?

Another common question Wacom users will have regarding their Wacom pens is whether it is cross compatible with tablets from the same generation. By this we mean, can you use a Wacom pen intended for an Intuos tablet on a Cintiq Pro tablet (or one of their various associated models).

Yes, most Wacom pens are cross compatible as long as the pen is within its respective generation or being used for a newer tablet model. Remember that they are not typically backwards compatible, so won’t be ablet to use a newer Wacom pen on an older tablet regardless of the tablet type.

Of course, there are some outliers for this rule, such as the Pro Pen 2 which isn’t cross compatible for the Untuos 4 or 5 but will work for the Pro Cintiq and Intuos Pro (2017 models). There are also a handful of pens that only work exclusively with the tablet they were designed for, such as the Wacom One (DTC133) pen.

What Tablet(s) Is Your Wacom Pen is Compatible With?

Wacom has been a prevalent company creating graphics tablet and related products since its founding in 1983. As you can imagine, they have made a significant number of tablet and pen over the past nearly four decades, and with so many alterations in design, it has become harder and harder to determine which pens are compatible with which tablets. So, we’re here to help with that.

Alternatively, purchasing a duplicate Wacom pen to the one that came with your tablet is always a safe bet. If you’re at a loss as to what Wacom tablet you even have, you can search the tablet’s exterior for a model name or search it’s labeled model number and serial number.

If all else fails, we recommend referring to the comprehensive compatibility list found here which includes all Wacom pen models and the Wacom tablets they can be used for. The list also details what you can generally expect to spend on purchasing each pen new if need be.

Where Can I Find a Wacom Pen Compatible With My Tablet?

Another tricky obstacle with having Wacom tablets, especially older ones, is that it can be difficult to find compatible pens, especially since the newer models aren’t backwards compatible.

While most people would assume that Wacom’s official website would be the best place to purchase a replacement, that isn’t necessarily the case. Yes, you can buy new Wacom pens on their website, but the selection is usually limited to the newest models (currently these are the Bamboo Ink and Bamboo Ink Plus pens). If these pens work for your tablet, then great!

If not, then your best bet would be to purchase a replacement off Amazon or through a reliable electronics store, such as Best Buy. These sources will have a wider selection for affordable prices.

Determining which Wacom tablets pair with which pens is a common challenge Wacom users face, which is why many will stick with purchasing a replacement pen that is identical to the one they received when they purchased their tablet. While this is a tried-and-true method, you can use different pens on your tablet once you know your compatibility options by checking out the sources listed above and remember the forward and cross-compatibility rules.