Does Graphic Design Include Video Editing? 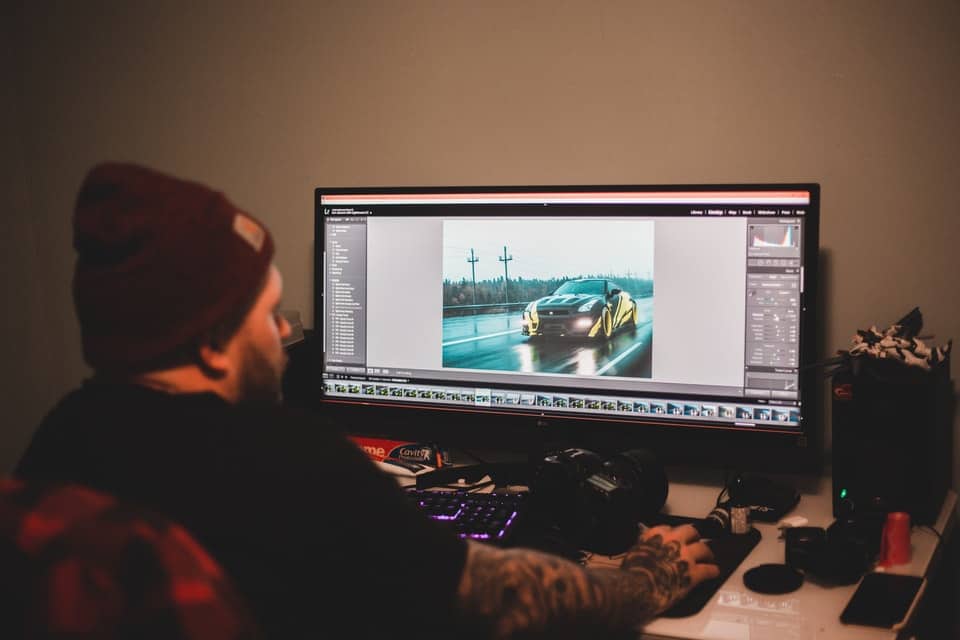 Graphic design doesn’t necessarily include video editing. Graphic designers generally deal with static photos, either in a digital or physical format, such as:

Video editors and graphic designers don’t have to work together, but they often do. The distinction between the two professions comes down to their individual goals. Graphic designers are concerned with typography and color theory, working with images on a flat surface in Adobe Photoshop or Illustrator.

Graphic designers work with static images, infographics, text, and other still visuals. Video editors work with moving images; they prepare video content that will be seen later as movies, ads, or promotional pieces such as commercials.

Video editors are focused on capturing moving images through video cameras or stock footage libraries, then assembling them into finished videos that can be posted online or played back on television screens. That’s why most advertisements you see on TV are created by video editors, not graphic designers–although professional graphic designers may still play an important role in creating the logo for the company whose advertisement is being shown.

The Relationship Between Video Editing and Graphic Designing

While there is some overlap between these disciplines — for example, an infographic can turn into a motion graphics piece — the two roles are usually kept separate because they require very different skill sets and equipment. While graphic designs layouts can be changed by using simple commands on a computer, all video editing must be done using specific film editing tools.

Suppose you want to create an explainer video for your business. One option would be to hire a separate video editing professional who may or may not be experienced in graphic design. Alternatively, you could look for a talented graphic designer skilled in motion graphics and call on them for assistance.

Graphic designers may also collaborate with video editors in the course of producing a video. However, this is not generally part of graphic design itself because each professional specializes in their own craft to create two separate pieces that are then combined into one piece representing both fields.

Video editors who work on documentaries or other types of videos often contact designers directly for help because these professionals offer valuable skills like:

For example, a graphic designer may create an animated logo to be used in the opening sequence of a video. Once this animated logo is complete, it can then be imported into the editor’s editing software to become part of the final video during playback. This means that graphic design is only one component of the process; it has to be combined with video editing before it is complete.

Could You Be Both a Graphic Designer and Video Editor?

Since there are many skilled professionals who work in both fields, someone may start out pursuing graphic design and later decide they want to try video editing as well. If you enjoy creating effective designs but also have an interest in learning how to edit videos, you could explore these opportunities by taking additional classes or learning through practice so you can develop your skills on your own time.

Becoming both a graphic designer and video editor would take time and effort, but it can definitely be worth it if you enjoy this type of work. You may be able to appeal to more clients and find more jobs if you choose this career direction.

No matter how many skills you may want to acquire, working in two different branches at the same time is not easy. It would require more than just an interest in video editing; here are some of the most important things to keep in mind if you’re interested in becoming a graphic designer who creates videos:

These are just some of the main things to think about when embarking on this journey. If you feel like graphic design is your calling, but you also have an interest in video editing, then there are ways that you can develop both skills simultaneously. It’s important to take into account all of these factors before getting started with something new.

Video editing can be done in many different ways and may require specific software packages that graphic designers don’t necessarily need to use. If you learn how to use video editing software to help create videos, it could benefit your career because you’ll know what types of effects will work well with your designs and clients’ needs.

A nice way to offer video editing without diving deep into learning the skill and buying the software, it to use online graphic design tools. These are becoming more popular because they offer a “Drag and drop” approach to graphic design and video creation. Choose from templates, customize with the clients materials, tweak to make it perfect, download in full resolution with full usage rights. Our favorite online graphic design tool so far is Placeit.net because it offers the best overall experience, by far.

Graphic Designers make visuals come alive through illustrations, typography, and layout design. Video Editors work on the actual footage that is recorded to prepare it for different mediums such as television and online media. These two professions are vastly different but often overlap.

When a Graphic Designer needs to edit a video for a client, they usually hire a Video Editor. If you’re thinking about getting into either profession, it’s best to do your research and find out if that path is one you want to pursue.