How Many Colors Does CMYK Include? 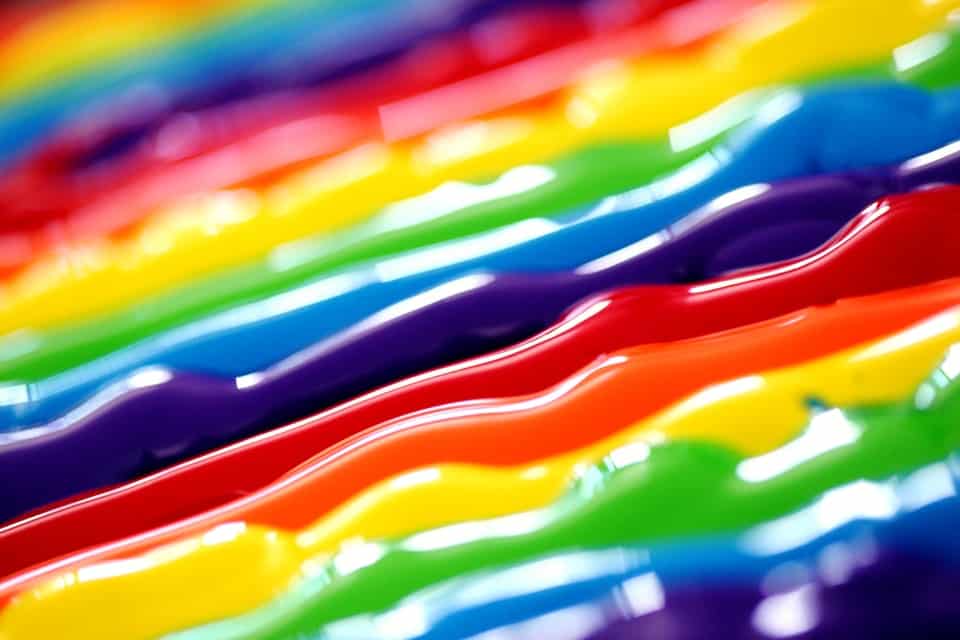 With the prevalence and popularity of user-friendly graphic design software like Adobe Illustrator and Photoshop, along with a host of web design platforms developed with novices in mind, design terms are becoming more commonplace in everyday vernacular. For instance, a lot of people know that CMYK is a type of color model. But what does it actually mean and how many colors does CMYK include?

The CMYK color model consists of 4 base colors: Cyan, Magenta, Yellow, and Key Black. By combining these base colors in any number of ways, roughly 16,000 unique colors can be produced. CMYK is the color system of choice for professional printing processes used all over the world.

The impact of CMYK can be seen everywhere. In fact, if it can be commercially printed, chances are it was done thanks to this color scheme. Read on for more in-depth information about CMYK, including how such a vibrant palette of colors that serves as the color model of choice for professional printers around the world, can be created from just four base colors.

How Many Colors does CMYK Include?

CMYK refers to one of the world’s most widely used color models (the other being RGB). The term CMYK is actually an acronym for the 4 colors that it includes:

The first three colors – cyan, magenta, and yellow – can be combined in any number of ways to produce different colors from within the color spectrum. For instance, laying cyan (which appears greenish-blue to the human eye) over yellow produces green.

The “K” in CMYK stands for key black, which is a true black color. Although combining pure cyan, magenta, and yellow should result in black, due to impurities in the inks and dyes used in commercial printing processes, the visible result is not visually a true black (it comes out as a very dark brown). This is where the key black component of CMYK comes in, to serve these purposes:

By one estimate, the CMYK color model as it is used by professional printing companies is capable of producing as many as 16,000 unique color combinations, which is one major reason why CMYK is so widely used around the world for 4-color printing processes.

What is CMYK Used For?

Using CMYK-generated colors in real-world applications involves laying down colored pigments or dyes onto a white background such as paper. The images that are seen in the finished printed product are actually composed of minuscule cyan, magenta, yellow, and black dots. Individual colors on the print media are created thusly:

CMYK is the color system of choice when it comes to various forms of print media and one would be very hard-pressed not to see real-life examples of CMYK at any given moment. Here are just a few examples of items that are commonly printed using colors produced through the CMYK color model:

Although CMYK is used primarily for applications involving the physical printing of various types of media collateral, the actual ideation and design of the artwork is typically done on a computer using sophisticated graphic platforms and programs. Once the design work is completed, the digitized art file is then saved in one of several formats (e.g., .PDF, .AI, .EPS) and provided to the printer.

What is a Subtractive Color System and How Does it Work?

In technical parlance, CMYK is what is known as a subtractive color model. Basically, light-absorbing colored inks are laid down on a white printing surface, like paper for instance. When white light strikes these inks, a portion of the color spectrum is absorbed and any color that is not absorbed reflects back to the viewer’s eye.

Thus, if cyan, magenta, and yellow pigments are combined in full percentages with each other, the resulting color would appear black because all the colors have been absorbed (or subtracted), and nothing would be reflected outward. (The key black serves to provide greater density.) Here is a good illustration (no pun intended) of how CMYK works:

From the perspective of viewers, the intended colors that their eyes perceive are those wavelengths that have not been absorbed by the printed surface, be it a brochure, a magazine, a poster, or any other form of printed media.

Behind the vibrant colors and multitudes of hues that are all around us is the CMYK color model. With its core of three base colors plus key black, CMYK is the color scheme used by printers around the world to put more than just a little splash of color in our lives.