How Much RAM do You Really Need for Adobe Illustrator? 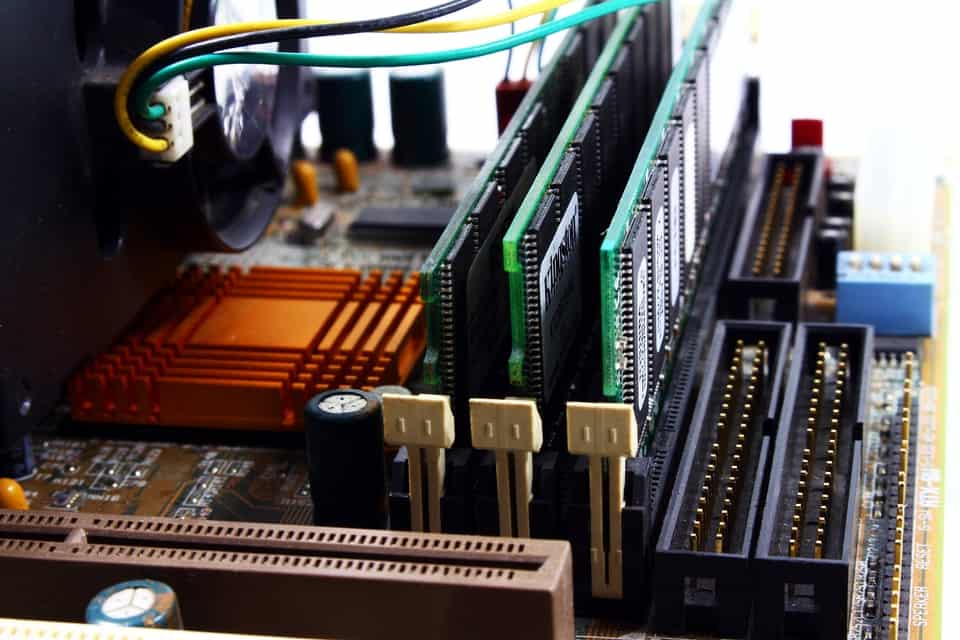 Since its introduction in 1987, Adobe Illustrator has been the go-to graphic design platform for anyone working with vector graphics, be they professional designers, publishers, or even students. But in order to fully utilize the powerful features of Illustrator, users need to have the proper hardware and one of the most important requirements is having enough RAM memory to run the program properly.

According to the developer, whether on a PC or a Mac, desktop or laptop, the minimum RAM to properly install and run Adobe Illustrator is 8 GB. But to ensure a glitch-free, lag-less user experience that fully utilizes all of Illustrator’s built-in features, 16 GB of RAM is highly recommended.

Whether you have a formal educational background in design or are completely self-taught, Adobe Illustrator may be the most valuable resource around if your work involves vector graphics. But such potent capabilities come at a price and in the case of Illustrator, powerful computer hardware is needed to run this software. Having enough RAM is crucial to getting the most out of Illustrator and here’s why.

How Much RAM do You Really Need for Adobe Illustrator?

Adobe Illustrator enables users to create vector graphics files that are fully scalable using built-in suites of powerful design and editing tools. Because it is such a feature-rich platform capable of creating large, and often complex, working files, Illustrator requires certain levels of computing power in order for it to perform the way it is intended. This is particularly true when it comes to the amount of RAM.

These are the minimum system requirements for installing and running Illustrator (as of the October 2021 release) as recommended by Adobe:

Since the purpose of RAM in a computer is to provide easily-accessible, short-term memory for applications to store and quickly retrieve data that they are actively using, it should come as no surprise that sophisticated graphic design software like Adobe Illustrator is so RAM-dependent in its normal operation.

In fact, users of Illustrator whose computers meet the minimum 8 GB of RAM requirement have reported encountering memory allocation problems despite having the right hardware setup. It is also noteworthy that some graphic design schools whose coursework involves the usage of Adobe Illustrator specifically require their students to have computers with no less than 32 GB 2400 MHz DDR4 RAM.

There is a special type of RAM known as video RAM (VRAM for short) that has the specialized purpose of storing data to optimize the display of graphics on a computer screen. Given this specific purpose, VRAM is particularly relevant in video game applications and platforms utilizing 3D rendering.

With high-resolution vector graphics being solidly within the sphere of Adobe Illustrator’s capabilities, VRAM is an aspect of computer hardware that is worthy of serious consideration as far as performance enhancement is concerned. VRAM is commonly integrated into a graphics processing unit (GPU) on those computers that have one. These are Illustrator’s system recommendations relating to VRAM:

While not necessary for the installation and operation of Illustrator, having a GPU and its associated VRAM capabilities will enhance the performance of Illustrator, particularly from the standpoint of displaying high-resolution graphics on a computer screen without any lags or glitches.

What is a Scratch Disk?

If a computer has an insufficient amount of RAM to properly run Illustrator, or if RAM resources are being spread too thin among multiple applications, then memory-related system crashes are possible, if not likely. Whether Illustrator’s performance slows down or the application needs to be completely rebooted, productivity can be seriously impacted by issues caused by insufficient memory.

One of the ways to address this problem (aside from increasing the amount of RAM) is to allocate memory to a hard drive (internal or external) which in essence can serve as an alternative to RAM. Because it is physically located on a hard disk, however, a scratch disk as it is commonly known, will not be accessed as quickly as RAM and therefore Illustrator’s performance can lag noticeably.

There are a couple of things to keep in mind as far as an Illustrator scratch disk is concerned:

On Windows PCs, there is another memory allocation option aside from setting up a scratch disk. Virtual memory is another means of providing temporary storage space for actively used data that would normally be stored in a computer’s RAM. While Illustrator takes more time to access virtual memory than RAM, it is nevertheless another way to provide precious memory resources to this application while avoiding memory-related system crashes.

It should be noted that recommended practice is to allocate at least 3 times the amount of RAM when setting up virtual memory on the hard disk (e.g., if there is 8 GB of RAM, then virtual memory should be set up for at least 24 GB) to optimize Illustrator’s performance.

With its powerful features, Illustrator puts the power of professional-grade design capabilities in the hands of the masses. In order to harness such powerful graphics tools, however, users need to install Illustrator on computer hardware that is up to the task and one of the most important attributes is RAM, with 8 GB being the bare minimum, 16 GB being the recommended amount, and 32 GB being optimal.

If you don’t have enough RAM to use resource heavy software like Adobe Illustrator, consider using an online image editor like Placeit.net. These online editors use very little resources because they are hosted on the internet, rather than on your device.