Apple Pencil Not Working in Procreate [How To Fix It] 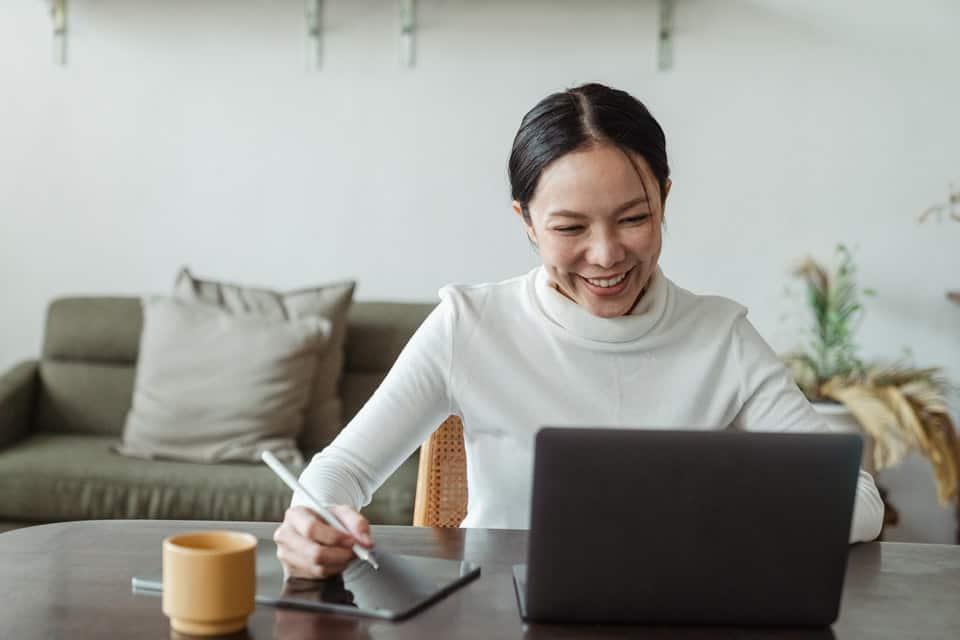 An Apple pencil is the most popular stylus to use with the Procreate app. But issues might still come up as you’re using it. Fortunately, there are multiple different ways to troubleshoot the pencil and the device to get it working properly again.

The following article is a step-by-step guide on how to fix an Apple pencil that isn’t working. It also includes some information that is good to know when it comes to using an Apple pencil and Procreate. If none of the solutions described work, then restarting is a final option.

Make Sure Your Devices Are Charged

The best way to fix an Apple pencil is to make sure it’s charged, then unpair and pair it again. This will fix most of the issues that come up, but if it doesn’t, then there might be other issues with the pencil or the device itself.

Most issues occur with your Apple pencil because it isn’t charged enough. There also might be problems if the device you are using Procreate on isn’t fully charged. The easiest way to avoid this is to make sure both devices are charged while you are using them.

All you need to do to charge your device is plug it into its respective charger. As long as it’s more than 20% charged, there should be no issues with your device. If your device is charged enough, then the next step is to make sure that your Apple pencil is fully charged.

To check the battery level on your pencil, swipe left to right on your device to open the menu that will show you. A circle with some green will appear, and the larger the portion of green light that’s on the circle, the more charged your Apple pencil is. If the amount of green is getting low, then it’s time to charge your Apple pencil for a bit.

Un-Pairing and Re-Pairing your Apple pencil is essentially turning it off and on again. It will allow the pencil to troubleshoot itself and resolve the majority of issues that come up.

To unpair your Apple pencil, go to the Settings app and select the Bluetooth tab to bring up the devices you have connected. Under the “My Devices” section tap on the “i” icon to the right of your Apple pencil device to bring up its information. Next, tap forget to unpair the pencil from your device.

Wait a few seconds before you repair the Apple pencil. To repair it, connect the pencil to your device with the pencil’s charging cord, and plug the other end into your device’s charging port. Go back to the Bluetooth settings, and select the “Pair” option that appears next to the pencil.

If your Apple pencil won’t pair with your device, then there might be an issue with the Bluetooth connectivity. There are multiple reasons why these issues might be occurring, but they all have simple solutions.

Another way to turn Bluetooth on is to swipe up on your screen and turn on the Bluetooth symbol that appears. It looks like a capital letter “B”, only with sharper corners.

If your Apple pencil still won’t connect, then there might be another problem that needs to be addressed by a professional.

Issues With The Pencil

There might be some issues with the Apple pencil itself if it won’t work on Procreate. For example, if the cap is too loose or tight or the tip is dirty, then it might be unable to connect to the screen and work properly.

Common problems with the Apple pencil are a cap that’s too loose or tight, or a dirty contact tip. Apple pencils have a twistable black cap on the writing end of it to keep the tip inside, as well as the inner workings that connect it to your device.

If the cap is too tight, then the pencil might have trouble connecting to the screen and not work properly in Procreate. This same problem can occur if the cap is too loose. To avoid these issues, it’s recommended to make sure the pencil cap is screwed on tight enough that it isn’t sliding around. But make sure it’s not so tight that it’s difficult to unscrew.

If the cap isn’t the issue, then a dirty pencil connection tip might. Your Apple pencil heavily relies on being able to draw in Procreate via the tip, since it directly connects to your device’s screen. Dirt and dust can get into the tip and block it from connecting to the screen, resulting in the pencil not working properly.

To fix this issue, clean the Apple pencil by removing the cap and rubbing it down with a disinfecting wipe. You can also use the thin point of a needle to get dirt out of the cracks and thinner areas of the pencil.

If your Apple pencil is still not working properly after doing the steps described above, then it’s recommended to take it in to a professional, or consider purchasing a new one, since there might be a larger issue occurring.

Can You Use More Than One Apple Pencil in Procreate?

You cannot use more than one Apple pencil in Procreate. Once another Apple pencil is paired with the Procreate app, it overrides the original paired pencil. You can pair different Apple pencils with Procreate, but you can only use one at a time.

Do All Apple Pencils Work With Procreate?

You can see what model your Apple pencil is with the following steps:

If the Apple pencil model and the iPad model match up, then the pencil will work with Procreate.

If your Apple pencil is still having issues after trying all of the solutions above, then there might be another issue occurring with the pencil or your device. It’s recommended to take the devices into a professional so the issue can be resolved.