How To Stop A Twitch Banner From Being Cut Off 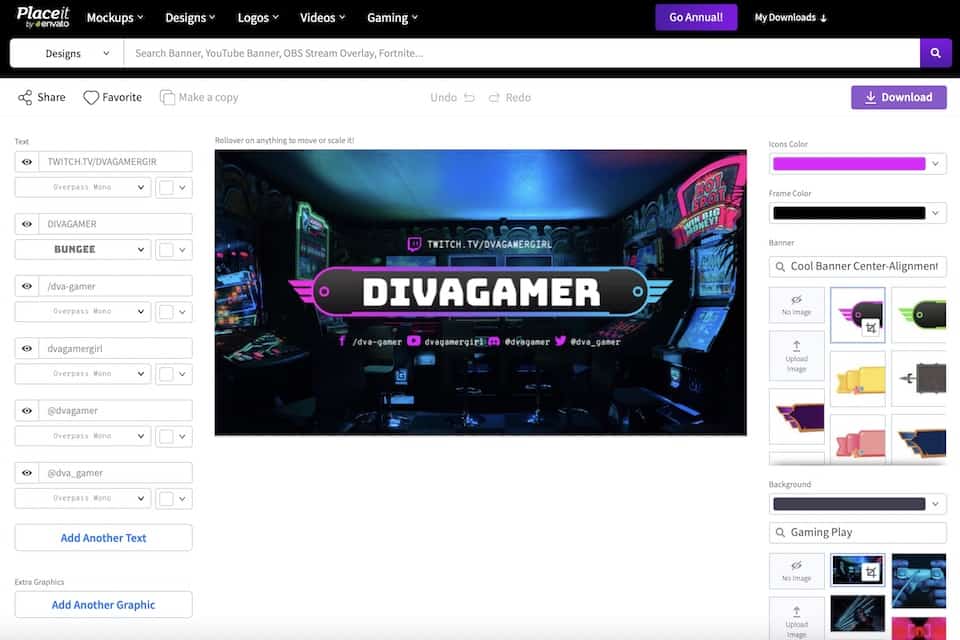 The Twitch platform tends to stick with the 1200×480 pixel size recommendation, so you might consider trying that out first. If the image does not fit your screen, change the size to 1920×480 pixels and see how it works for you. Depending on the size of your image, you will get different results. For example, just because one of the recommended banner sizes fits on your monitor does not always mean the image will be clear.

As you will learn shortly, there are a handful of other reasons why your Twitch banner is being cut off. The overwhelming majority of instances, however, involve an image that is not sized properly. You can potentially save yourself a lot of time by simply checking to see that your image for your Twitch banner is set to the correct dimensions.

Avoid Clashing Colors On Your Border

Another fairly common problem that might make your Twitch banner appear to be cut off is if you use black or white colors along the border of your banner. These borders, especially when they do not match with other colors in the banner, can trick the eye into thinking the image is cut off. Even if your banner size is set to the correct dimensions, a solid border can make it look smaller than it is.

Using a high-quality image for your Twitch banner is essential not only for attracting people to your channel but also for producing a clear display that does not require unnecessary adjustments that could cut off the image. If your image is too pixelated or simply does not fit in your banner, you might feel the need to enlarge it.

Enlarging an already poor-looking image is not good. It will only make it look more blurry than before. Plus, unnecessary enlargement just to focus on one area of the image can result in other aspects of the image being cut off in your Twitch banner. This may not be a typical reason why your Twitch banner is cut off, but using a high-quality image or template is the way to stop this.

Consider The Size Of Your Monitor

Whether your Twitch banner is cut off can also be decided by the size of your monitor. While the range of dimensions listed above is recommended for most monitors, a monitor that is substantially larger than others may show a different display. For some images, you may have to raise the pixel size to fit the screen.

If you have the typical dimensions for a Twitch banner set for your Twitch banner on a larger monitor, you might face the opposite result of an image being cut off. An image that does not fit your entire screen can be just as disadvantageous as an image that is cut off.

As you might have guessed, the case can be equal but opposite when you have a monitor than is smaller than normal. The suggesting settings could be too large to fit your screen, resulting in a Twitch banner that is cut off. Again, the way to fix this is by adjusting the dimensions of your banner. In this case, you will have to decrease the image size to get the best results.

Use The Correct File Type

As with importing any type of image, the file type you use can be a reason for your Twitch banner being cut off. Only JPEG, PNG, and GIF files can work as your Twitch banner image, and the file cannot exceed 10MB. If somehow, you can upload a different file type, chances are that it is not going to fit correctly in the Twitch banner.

This fix is simple. Either use a different image through one of the file types mentioned or convert the current image from its file type to a compatible file type. Failure to do so will likely result in you not being able to upload the image at all, but in rare cases, the image might be cleared and able to be placed into your banner. As mentioned, it will not look good. Without the correct file type, a different file that makes it through for some reason will likely appear incorrectly on your monitor.

Use a Twitch Banner Template

One of the easiest ways to make sure you upload an image that fits your Twitch banner is by using Placeit.net. Placeit is an online software that does not require a download. Placeit has over 90,000+ pre-made templates you can customize, and over 1,000 of them are Twitch Banner Templates.

By creating your Twitch banner through Placeit, you won’t have to worry about the image being cut off because the templates are pre-formatted for Twitch. From free templates to affordable designs as a paying member, you will have access to everything you need to make your Twitch profile stand out among others.

Pro Tip: Placeit also offers an additional 15% off any plan with this coupon.

If your Twitch banner is being cut off, chances are that the image dimensions are set incorrectly. Even if this is not the case, as you have learned, other reasons for a Twitch banner being cut off should be easy fixes. To make matters even simpler, consider taking a look at Placeit for all of your graphic design needs.