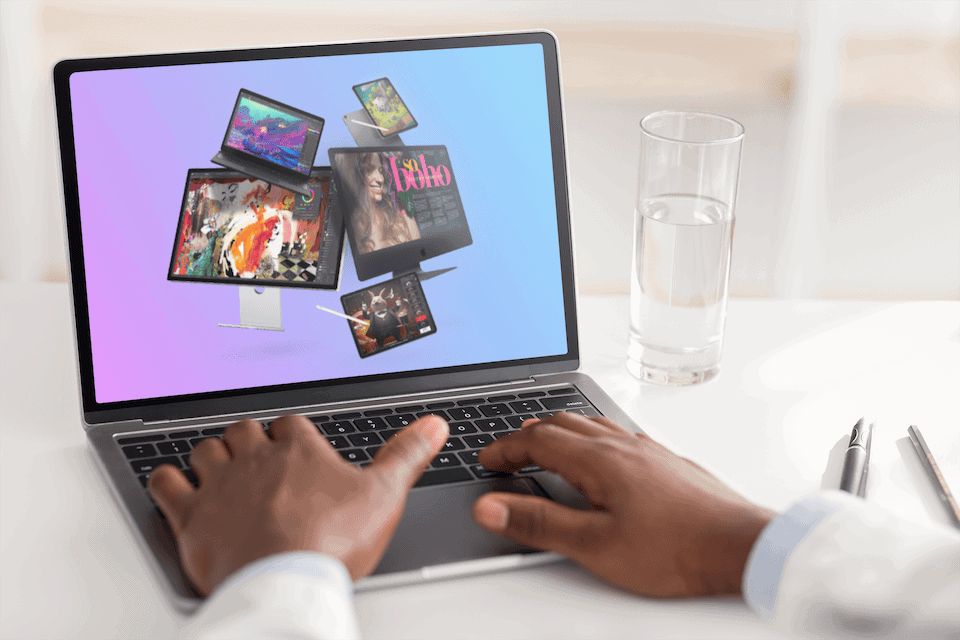 If you’re looking to learn UI design or have already gotten started, you may be wondering which program you should use. Many graphic designers have been opting for Affinity Designer over similar software programs. But is Affinity Designer good for UI Design, or is the program better suited for digital art?

Affinity Designer is a powerful professional design tool that can be used for UI design. It is easy to learn, making it a good program for beginners. This software works especially well for Mac users, since that is what it was originally designed for.

UI design is all about creating functional and attractive interfaces with user intent in mind. As a UI designer, you need to make sure every element feels united and is aesthetically pleasing. Therefore, having a great design software is a must. Below, you will find out if Affinity Design is a good fit for UI design, and what else it might be used for.

Can Affinity Designer Be Used for UI Design?

User Interface (UI) designers put a lot of their focus into how a user interacts with an interface, and then turn that information into something visual and interactive. Much of the time is spent doing research, making buttons, designing elements, sketching out design interactions, and so on. To do this, they work with a variety of industry tools, some of which are more useful than others.

While there are plenty of digital design programs out there, Affinity Designer is a solid option when it comes to working with UI design.

However, Affinity Designer acts more as pro illustration tool more and really shines when paired with other tools. It allows designers to create massive, detailed documents, such as website mockups, and then export those documents into a collaborative interface design tool such as Figma.

What is Affinity Designer?

Affinity Designer is a cross-platform vector design tool developed by Serif. Not only is it useful for UI design, but it is considered the best in class for creating logos, mock-ups, print projects, and more.

Some of the programs core functions include:

These features along with unlimited artboards, non-destructive editing, and real-time previews of transformations have made Affinity Designer the top choice of many professional designers.

If you’re looking to use Affinity Designer as a learning tool for UI design, you won’t be disappointed.

In terms of first-time use, Affinity Designer is simple enough for brand new users to pick up on, while still providing powerful editing functionality. When compared to similar software, many who have used both Affinity Designer and Adobe Illustrator claim that the former is much more beginner friendly.

According to Affinity, the UI was designed to provide the greatest experience possible. The tools are all structured and categorized in a natural and accessible manner, making it simple for users to access them as needed. You can also set up your workspace, UI assets, and swatches panel in a way that works best for you.

What is the Benefit of Using Affinity Designer for UI Design?

Affinity Designer as many UI features that you won’t come across in other applications.

One feature that stands out among the rest is the program’s text styles. These are unlike anything seen in other programs, allowing you to change all the fonts project-wide, with a simple click.

Continuous export is another benefit to using Affinity Designer. This allows you to work on artboards and have them update in real-time in their specific saved locations.

Affinity Designer has superior vector tools and symbols that make UI design a breeze. For example, when creating repeating elements for a design, users can simply change the size and position of all objects with that symbol in one go.

Another key feature is that users can switch between vector and raster workspaces. Meanwhile, studio presets allow you to save your favorite workspace setups for different tasks and easily switch between them.

Is Affinity Designer Better than Adobe Illustrator for UI Design?

While it’s hard to say whether one is better than the other, Affinity Designer is a good alternative for those who wish to move away from Adobe Illustrator.

Not only is the program built with designers in mind, but the user interface has also been developed to help creators save time and keep their workflow moving smoothly.

Affinity Designer is also considered to be a budget-friendly option compared to Adobe Illustrator. Instead of a subscription, Affinity can be purchased and downloaded under $60. This makes it more accessible for creative artists on a tight budget, and those who are just getting started. Affinity even offers a free trial, so you can test drive the program before making the leap.

What Else Can Affinity Designer Be Used For?

Affinity Designer started out as a vector graphics editor in 2014 and has been developing ever since. This is a program that is not only good for UI design, but also graphic design work, digital art, motion design, comics, illustrations, and more.

Having a good vector graphics program is essential in a variety of fields outside of UI design. Some of this include:

Affinity Designer can also be useful in creating marketing materials, regardless of which industry you’re in. Creating graphics with the software and then uploading those designs into a mockup tool like Placeit, is a great way for small businesses to have more control and more accessibility when it comes to their marketing.

This article should have helped clear up any confusion about whether Affinity Designer is a good program to use for UI design. Not only is it an excellent piece of software for UI design but for a slew of other uses such as illustration, graphic design, and digital art. While it is comparable to other programs, in the end its about what you can contribute to it.