Should You Tip Graphic Designers? [The Definitive Answer] 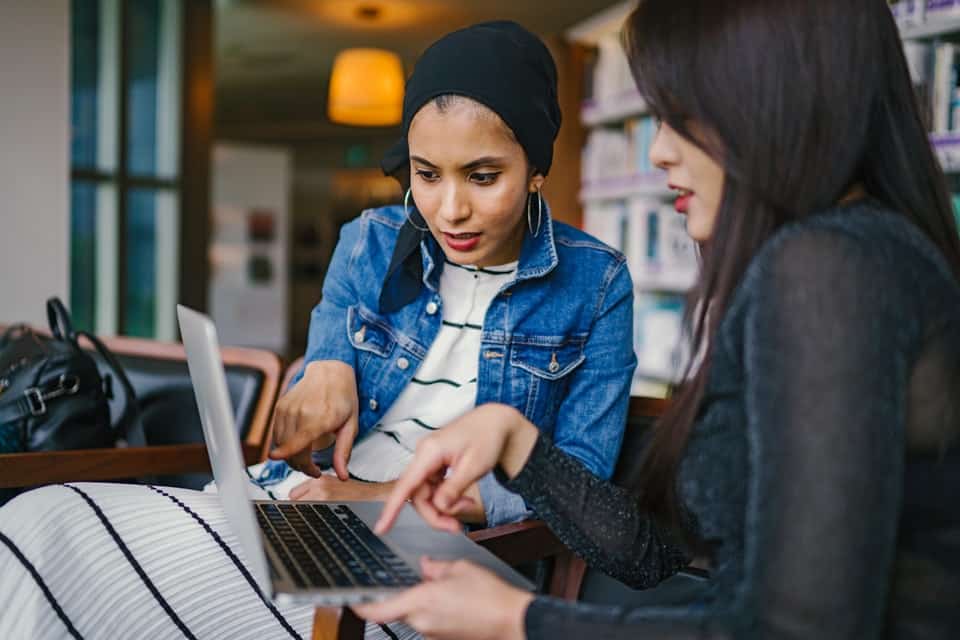 Determining whether it is proper tipping etiquette to tip your graphic designer can be a understandable source of stress and play a significant role in your overall budget. Oftentimes, it is customary to tip an artist for their creative work, but does graphic design fall under this category?

In this article, we will explain in further detail why graphic design work isn’t usually listed as a service that people are socially expected to tip. We will then discuss under what circumstances it might be reasonable, or even encouraged, to tip your graphic designer.

Why Don’t You Tip Graphic Designers?

First thing’s first; we’re not definitively claiming that you should never, under any circumstances, tip a graphic designer you hire. In reality, most would appreciate a tip, especially if they are a new freelancer who is living paycheck to paycheck.

What we want to make clear is that, unlike some careers, graphic designers don’t generally expect their customers to tip.

The predominant reason why you don’t need to tip your graphic designer is because tipping is generally provided as an additional source of revenue to an individual whose wages are built around tipping and/or do not receive 100% of your patronage.

Yes, you will often read that tipping is used to demonstrate your appreciation and support of a service. It can even be used as a method for rating the quality of service, depending on how much you tip. However, if you look at a list of careers that expect tips, you’ll notice most are in food service, a craft (ex. professional painter, handyman,etc.), or a cosmetic service (ex. hairstylist, manicurist, etc.)

While it is common to tip some of these careers to show appreciate for the individual’s skill, many almost require tipping because the companies base their employee’s wages on the social expectation of tipping, and so, most are paid below minimum wage.

Graphic designers, on the other hand, are usually in charge of their own prices and, therefore, most will charge sufficiently for their services without the expectation of tipping. What you pay will also go entirely to them, in most cases, unless they work for a company, in which case they are usually paid a sufficient salary.

When You Might Want to Tip Your Graphic Designer

Generally speaking, most graphic designers you hire will not expect any sort of tip or bonus for their work. However, there are instances where, even if tipping is not outright expected, it might be more socially expected and appreciated.

Occasions where you might want to strongly consider tipping your graphic designer include:

Should you find any of these pertaining to you, it might be wise to provide a tip or bonus to the agreed upon price. This could be the standard 10-20% you’d tip other careers, or whatever bonus amount you feel comfortable with.

What makes this career tricky is that it is common tipping etiquette to tip artistic work, and graphic design often falls under this category because it is a blend of artistic creativity and the utilization of technology.

While we will reiterate that most graphic designers do not expect their customers to tip, it might be a good idea to do so if the specific graphic design work you are paying for is extremely artistic in nature. Some examples include:

If your graphic designer is creating a highly detailed graphic illustration or a book cover for your upcoming book, it would be understandable to tip them.

Most graphic designers who are new to freelancing will charge relatively low rates for their work because they are trying to build their portfolio as well as their skills.

If you’re looking for some budget-friendly work and don’t mind taking a risk on overall quality, then they are an exceptional option. Because these graphic designers are in the formative years of their business, a little extra appreciation will go a long way with them, especially since it is likely they are living paycheck to paycheck or even working multiple jobs while pursuing this career.

Tipping these individuals will not only help them financially, but, for many, it is also a huge boost to their confidence that will encourage them to keep grinding and building their reputation.

3. Above and Beyond Results

This is a relatively standard time when anyone tips for a service. If it is clear that your graphic designer spent exceptional time and effort on your project that probably exceeds what they would typically invest, then there’s no better way to demonstrate that you noticed their efforts than to provide a tip.

Additionally, you can always tip when you are overjoyed with the work they have done and find that it far exceeds your expectations.

Knowing whether to tip your graphic designer can be difficult, but typically, it is not required. While there are some instances where it might be encouraged, tipping is overtly a sign or appreciation, not an obligation. Your graphic designer will be grateful if they receive one, but they should never expect or ask for it. In the end, it is up to them to ensure they charge enough for their services to ensure they don’t rely on tips.