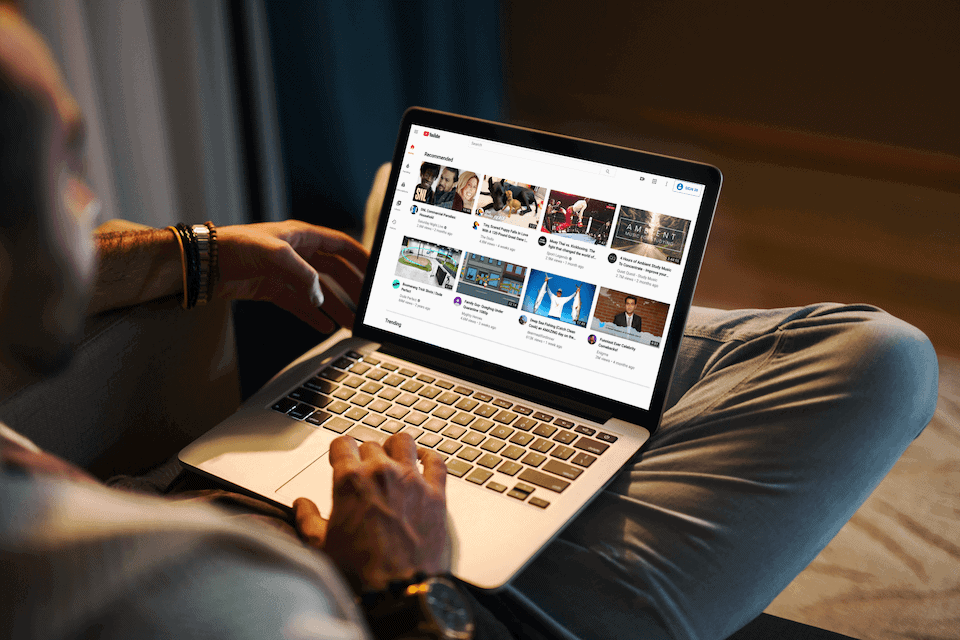 YouTube thumbnails are everywhere in its respective platform. They provide a story for what the video will be about, whether through simple texts and images, to even a reaction of the content creator about something that might catch your attention more than once. However, with some new additions and adjustments to YouTube’s aesthetics, thumbnails have gotten a major upgrade as well, being bigger and better than before. Of course, the question does need to be asked:

Why are YouTube thumbnails so big now? The main reason why YouTube thumbnails are larger in scale, unlike before, is mostly due to the major redesigns and changes that YouTube has to offer to the website now. This allows for previous channels to be seen with the same level of provocation than before, but with some more finetuning and aesthetic redesigning.

Understanding just why YouTube decided to make their thumbnails big is crucial to both the watcher as well as the channel owner. This can greatly help with performance as well as analytical reasons as it can help to project more of what your (or other) videos have to offer.

Alongside the design upgrades that YouTube has to offer for their site now, one of the many upgrades they made is the adjustments of the YouTube thumbnails of various YouTube channels. Normally these changes are seen in the main menu for when you first open the site and log into your channel, seeing the various subscribed channels you watch having their thumbnails scaled to a larger degree as well as longer video descriptions beneath them.

Thumbnails are bigger than before due to one of the updates that YouTubes established for their site thanks to the new layer formatting of their YouTube channels. What this new format does is that it creates certain layers for the website so that it’s much accessible for content to be reached and clicked on.

Often we do this with applications on our phones, primarily iPhones with their shelving accessibility, and YouTube decides to opt for something similar as well. This is seen exclusively on the desktop formatting of YouTube, for mobile has its own different story.

With this new shelving layered format, it opts for not only bigger thumbnails, which is a given, but also opts for much longer video descriptions as well that can also catch the attention of viewers. This new layered format also removes the previous designs’ “shelves” formatting, which had its categories on the left side of the desktop screen, replacing it and moving them onto the main site itself as part of the layered format.

Mobile Gets Updated Too

The same redesign of YouTube is seen in the mobile app, opting for larger thumbnails as well, though these changes are slight. This time, the look and feel of the mobile app remain the same for its usual toolbar down at the bottom, but upon clicking the video of your choice, the design changes slightly, but in a way that expresses the various recommended content.

Now instead of smaller thumbnails with the text to its side of what the video description, the new mobile updates amps the scale of new and much bigger scales of YouTube thumbnails that appear as if they are on the main website itself.

The scrolling down is the same, except due to this new formatting, the comments section is removed entirely from the bottom of the screen and is now its own menu to tap on.

To be honest, it is quite annoying to get used to it, but something that does catch a lot of attention, nonetheless for many people…especially for content creators.

Time For A Queue & Answer

YouTube thumbnails are bigger due to its accessibility to not only bring more eye-catching content to its viewers but to also add more functions to its site as a whole. With the “add to queue” button being more visible to the eye than before, this allows for more viewership and content to be distributed easily within a larger scale of audience, both domestically and worldwide. Alongside the queue button is also the “Watch Later” button, too, allowing double the amount of content distribution on the site.

Does Everyone Agree With New Thumbnail Changes?

Whether you are the viewer or you are the content creator that makes enough content that enables broader viewership, the reactions to these new updates, particularly with the bigger thumbnails is really a mixed bag. You have your side that opts for this change and allows for more easy access to content as well as allows for more reason to create better and more thought-provoking content, others consider this new change as something meaningless and lose the aesthetic of what YouTube is supposed to be.

To easily understand these reactions, we have divided it into two general categories for an easier understanding of both perspectives and thoughts on the subject at hand.

Of course, bear in mind that this is a generalization as there is a chance that both sides have the same reactions when it comes to this new formatted update.

From the perspective of the viewer that uses YouTube for viewership only doesn’t necessarily agree with the new changes. Sure, it allows for easier content distribution as mentioned beforehand and allows for new channels to grow due to the eye-catching opportunities of the bigger thumbnails, the viewer wants nothing to do with that.

Instead, they are a bit frustrated on how these thumbnails are bigger and can cut content on some of their favorite YouTubers, which were accessible to click on and watch before the new major changes. They also don’t seem to enjoy the bigger thumbnails because of how the shelving optimization also implements both tending and other categories that the viewer doesn’t want to be bothered with.

For the content creator, it is a double-edged sword when it comes to its content and ability to distribute it. Although the larger thumbnails now opt for easier access for viewership and content distribution, it can also cut content for other content creators as well and possibly more of the previous videos that were once in the recommended list before the new update.

Despite that double-edge sword, content creators will still utilize this new bigger thumbnail update to the fullest along with its new features and will enable them to provide better and much more eye-catching thumbnails unlike before.

Remember What Thumbnails Are For…

In the end, both the viewers and the content creator needs to remember the purpose of what thumbnails are for, to which due to new changes that YouTube made, they seemed to have forgotten about it.

The idea behind the thumbnail is to enable the content creator to create eye-catching images that go along with their video description. Sometimes these thumbnails are merely for advertisement purposes, utilizing flashy color schemes and thought-provoking words and images that make the viewer want to click. As for whether or not you agree with new bigger thumbnail changes, that is again dependent on you and must understand that that is the new normal moving forward.

Of course, the thumbnail formats themselves don’t have to change as their size still remains the usual 1280 pixels wide by 720 pixels tall, with a minimum width of 640 pixels, or a 16:9 ratio scale. The new changes to YouTube do not change their dimensions at all.