Why Do Fonts Look Better on Mac? 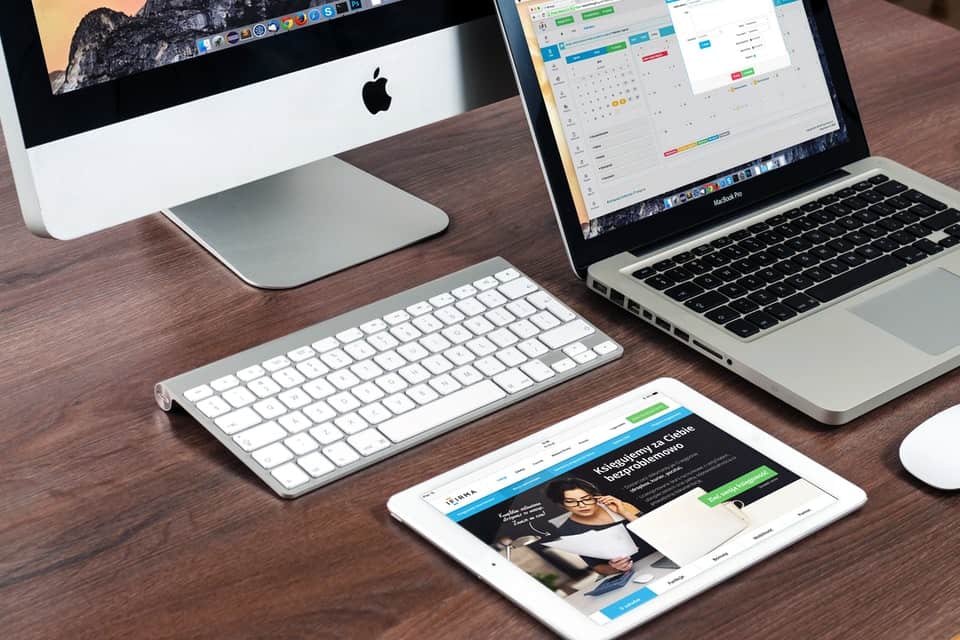 If you’ve ever switched from Mac to Windows, or vice versa, you may have noticed a change in the way the fonts look. The way fonts look from screen to screen can alter the way you view a design. Is this a trick of the eye, or do fonts actually look better on a Mac?

The different operating systems have different font rendering philosophies that alter the way fonts appear on the screen. Apple renders fonts in a way that preserves the design of the typeface, which makes the fonts look better to some.

If you’re working on a typographical design and you switch from a Mac to a Windows computer, you may be questioning your font choice. But don’t go changing your typeface just yet. Read on to find out why fonts look better on Mac, and if it’s something you need to be concerned about.

Why Do Fonts Appear Smoother on Mac Computers?

If you’ve noticed a difference in fonts between operating systems, don’t worry, it’s not a trick of the eyes. The fonts are in fact being displayed to you in different ways. But why is it that one looks better than the other?

Generally, this is going to come down to personal preference and what you are used to. While there are many people who prefer the look of fonts on Mac over Windows, others find them to be too fuzzy for their liking.

The soft look of fonts on Mac computers has to do with the way Apple renders fonts compared to Microsoft and the philosophies behind this.

Essentially, Microsoft computers render subpixels in a way that improves readability, while Apple renders fonts with the goal of preserving the original design of the typeface.

How Do Windows and Mac Render Fonts Differently?

The conversion of a design into pixels is not a natural or uniform process. In fact, operating system developers use many ways to render how fonts are presented.

Sub-pixel rendering is used by both Apple and Microsoft to extract sharper-looking fonts from common low-resolution displays. However, there are some differences in the way that each operating system chooses to render fonts.

Mac OS’s subpixel rendering is quite strong. All browsers on Mac OS employ the Quartz rendering engine. TrueType and PostScript fonts are displayed identically since hinting is disregarded. Because everything is represented by more or less black pixels, the rasterizer makes no attempt to grasp the strokes and characteristics that make up a typeface. The letterforms cannot be misconstrued since they are not interpreted.

While Mac’s rendering is more consistent across fonts, font format has a considerable influence on rendering on Windows.

Microsoft’s approach to subpixel rendering is known as ClearType. ClearType is a cross between subpixel rendering and black-and-white rendering. In this method, PostScript fonts simply carry abstract information about the position of various parts of each letter, but TrueType fonts include extremely detailed low-level instructions that govern the rendering process directly.

How To Adjust Font Smoothing on a Mac

The rendering approach used by Apple gives the text a more authentic feel. However, if you’re used to Windows or Linux, the difference between the two techniques might be difficult to grasp. After all, it’s what your eyes are accustomed to.

If the fonts on your screen appear fuzzy, blurry, or jagged, you may wish to modify the font smoothing style or text size at which OS X begins to smooth fonts. This is called anti-aliasing.

To smooth the fonts on your screen, open System Preferences and choose Appearance.

To enable anti-aliasing, check the box next to “Use LCD font smoothing when available.” Depending on your display, you may detect only a little or no variations between smoothing techniques.

Smaller font sizes might be difficult to read while anti-aliasing is enabled, therefore you may wish to disable it for smaller font sizes. Choose a point size from the “Turn off text smoothing for font sizes” pop-up menu if you want to use tiny font sizes in your project.

You should now have a clear idea of why fonts might look better to you on a Mac. Microsoft and Apple have never really seen eye to eye on the way that fonts should be displayed on a computer screen. If you’re someone who prefers digital fonts to look similar to how they would appear printed, then Mac’s rendering philosophy will probably appeal to you more than other options.

However, if the fonts on your screen are too fuzzy for your taste, then some simple adjustments should do the trick.