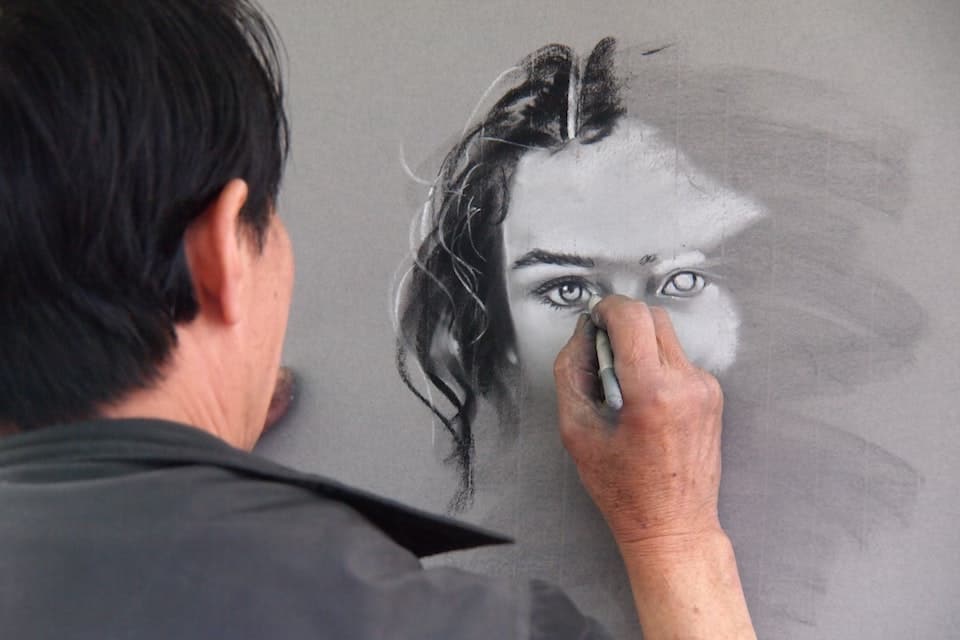 For a species that is so heavily communal and capable of detecting subtle differences in faces in order to communicate, faces are a pretty hard thing to grasp artistically. They rank up there pretty solidly with hands and feet as far as difficult anatomy goes. It feels a little odd, since everyone has been seeing faces since they were born, so why is it so hard?

Thankfully, people have been drawing faces for ages. That means that people also have a pretty good understanding as to why it’s so hard. Keep reading for some of those common reasons.

1. The Proportions are Wrong

Proportions are hard in anything, and faces are up there as some of the most complicated things to draw. There’s a lot of muscles and subtle variations that can take it from looking nice to looking awkward with just a line. There’s also a well-recorded phenomenon that people tend to draw eyes specifically in the wrong place. People tend to draw eyes slightly too far up even with the use of visual aid.

Additionally, ears and mouths tend to get drawn in the wrong places as well pretty consistently. They all get close, but that imperfect placement really does a number to the overall piece.

2. Shading isn’t Quite There

A face has a lot of very subtle curves. Just drawing them without trying to shade at all tends to leave the face looking awkward unless it’s very stylized. Even then, shading or color choices matter to sell the illusion. There’s also the likelihood that the shading isn’t being done from a consistent light source or doesn’t have the right balance of light and dark space. For a realistic portrait, shading is everything. Therefore, if it’s off, the whole thing is going to look off too.

3. Avoiding the use of References

Drawing from memory might be a good flex in some situations, but a reference is the golden ticket to making sure things are correct. They help with proportions, shading, or anything else if good ones have been picked out. Not using references is a common mistake for newer artists who haven’t learned their use or think that real artists don’t need them.

It has been said countless times and will continue to be said countless times. Practice makes perfect. A possibility for why drawing faces is so difficult could easily be a lack of practice. Art of any kind takes far more practice than expected. For every good face drawn, there’s countless failures in its wake. It might seem like progress isn’t happening fast enough, but it has to happen.

5. Skipping Breaking it Down to Basic Shapes

Everything can be broken down into basic shapes and forms. A common mistake is to not break things down quite enough to be able to build from it. For some people that means literally drawing geometric shapes and fitting them into the correct spaces before building onward. For some it means sketching out a skeleton or some other figure to build off of. Whatever the breakdown looks like, skipping that phase or not breaking it down enough could make everything look wonky as it goes on.

6. Forgetting that Hair is Attached

Often times when drawing, hair tends to get perceived more like a hat than anything. It gets drawn on like it can be taken off, setting on the head instead of growing from it. With this also comes the fact of where it’s attached. Beard hair isn’t going to be growing in the eyes for example, nor is head hair going to be sprouting from the void as it drapes over a shoulder.

7. Letting Eyes Face Different Directions When They Aren’t Supposed To

Eyes will always be facing the same direction, with few exceptions such as making a silly face or with certain conditions. It only takes a slight error to take eyes from pointing the same way to having a bit of a lazy or crossed eye, which will in turn throw off the whole thing.

8. Trying to be too Symmetrical

A human face has the illusion of symmetry but is rarely that. A perfectly symmetrical face is going to look uncanny and uncomfortable. On the flip side, having a face to asymmetrical will also look awkward. There’s a lot of subtlety that goes into the different halves of the face which is why a perfect mirror doesn’t work.

9. Not Striking the Right Balance with Hair

It can be really tempting to try and draw every single hair when drawing a face. That will inevitably turn into a flat mess. Part of drawing faces is mastering the illusion that everything is there when it’s really more of a game of light and dark space. This goes for any hair on the face, from eyelashes to facial hair to what’s on top.

Additionally, there’s a problem of trying to make hair too rigid.

Ears are deceptively difficult to draw. They look like there isn’t much too them, but they have a lot of uniqueness, varying planes, and smooth curves which can get lost quickly.

Drawing a face is hard. There’s a lot of subtleties, tones, and basic shapes hiding in plain sight. There’s also a heavy dose of perfect imperfection, where the face has an illusion of being perfectly symmetrical. Unfortunately, this means that it will look awkward if that near perfectness isn’t achieved. Too perfect and it looks uncanny and uncomfortable, whereas too imperfect looks like a bleeding Picasso. In the end, it comes down to needing a ton of practice and good references in order to nail drawing faces.