Can You Use InDesign on an iPad or iPad Pro? 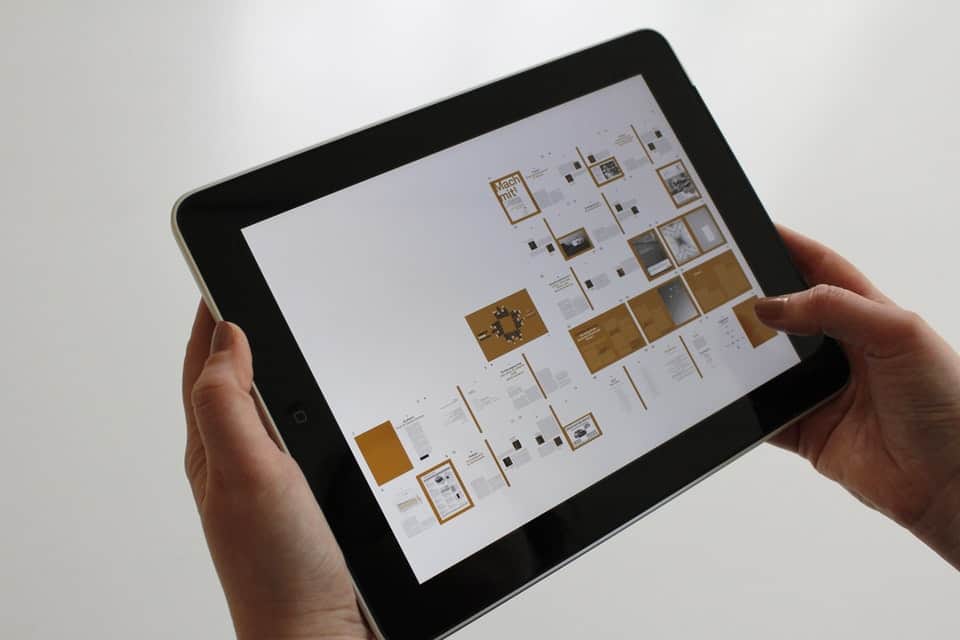 Having access to InDesign is essential for graphics designers and business owners worldwide, as it is one of the leading publishing and page layout software currently on the market. Not only is access itself crucial, but convenience as well, which is why many InDesign users want to know if they can use this software nearly anywhere with the help of the iPad or iPad Pro.

No; Adobe InDesign is not currently compatible on the iPad or iPad Pro. Despite the presence of other Adobe applications, such as Photoshop Express for iPad Pros, InDesign has yet to be added to the Apple App store for a multitude of reasons.

In this article, we will discuss why Adobe has not added InDesign to the Apple App store for download on the iPad and iPad Pro and whether it is likely the application will be added in the near future. As you read, you’ll also learn our top recommendations for alternative InDesign applications you can download and use on your iPad and/or iPad Pro.

» MORE: Is Adobe InDesign Worth the Cost?

Why Isn’t Adobe InDesign Accessible for iPad and iPad Pro?

It wouldn’t be unrealistic to say that a significant number of people have been hoping for InDesign to be accessible on iPads since their initial release in 2010, and those numbers have only increased over the past decade or so.

Unfortunately, Adobe’s vastly popular InDesign software has yet to make its appearance in the Apple app store, and after waiting so long with bated breath, people want to know why.

The most likely reason why InDesign is not accessible for the iPad or iPad Pro is that these devices aren’t built to handle the software’s exceptionally sizeable and demanding tasks. The reduced size and tablet design of these Apple products that makes them so convenient also costs them when it comes to system specs.

The first issue here is that Apple’s iPads both utilize an iOS operating system, while Adobe InDesign only runs on Windows or macOS systems. Therefore, if you truly want to run InDesign on a portable device, you’ll need to trade in your iPad/iPad Pro for a laptop or MacBook.

Even then, your device of choice would need to meet or exceed the system requirements listed below, as dictated by Adobe for InDesign.

Though Apple’s newest model, the iPad Pro, nears some of these system specs, it still falls short on nearly every account, demonstrating that iPads and other tablet devices aren’t capable or running demanding application like Adobe InDesign smoothly.

» MORE: Do You Need an iPad for Graphic Design? [A Simple Answer]

Will Adobe Ever Add InDesign to the Apple App Store?

After seeing how much technology has advanced in the past decade alone, it’s understandable why many iPad lovers continue to be patient in hopes that one day it will pay off and Apple will create an iPad that can handle InDesign sufficiently enough for Adobe to make it accessible.

While it’s certainly possible that such an iPad could some day exist, the odds of InDesign being added to the Apple store in the near future is highly unlikely.

There has been no mention from Adobe that it intends to make an iPad-friendly InDesign application. In fact, the Adobe application most similar to InDesign, Adobe Comp, was recently discontinued in February 2022 and removed from the Apple app store.

So, if you’re truly intent on using InDesign on-the-go, you’re better off investing in a different device or otherwise opting for an InDesign alternative currently available in the Apple app store.

If you’re a die-hard InDesign user who has yet to obtain a portable device, we would highly recommend you look into a laptop or MacBook that has the necessary specifications to run the software efficiently.

However, if you already have an iPad or iPad Pro and desperately need a publishing and page layout application comparable to InDesign that you can find in the Apple app store, here are some top recommendations:

Most of these apps don’t have the same scope of features and capabilities as InDesign, but with some practice, they can certainly suffice for getting ideas down and creating a rough mock-up made when you’re out and about.

You can also use multiple apps for various needs, depending on their strengths. One might be superior for page layouts while another gives you an array of fonts, images, or animations to use. Then, you can put it all together on a separate device, such as a work or home desktop computer, if that’s an option for you.

» MORE: Can You Use InDesign Without Creative Cloud?

Apple’s various iPad and iPad pros have become favored devices for their convenience, but as we mentioned previously, what makes them so convenient, as well as other tablet-like devices, is why they aren’t capable of running Adobe InDesign even if it was available in the Apple app store.

Sadly, if you purchased an iPad/iPad Pro specifically for this task, you’ve made a grave mistake and will either need to purchase a separate device to run InDesign or opt for one or more of the alternative Apple applications mentioned above.